Although still young, the multimedia artist Nadav Barnea, a musician, lighting and sound designer, has already become quite established in Israel, since he has worked with numerous renowned choreographers and other artists. We believe that in bringing his author project to Bitef, the installation PA’AM will contribute to a deserved international "discovery" of this extraordinary young artist. His multimedia work is a distinctively atmospheric installation, which consists of video-works that are both abstract and documentary. Mounted upon eight suspended TV sets in a rhythmically mesmerizing manner, it assumes the character of true, "live" performers similar to the role the pianos played in Stifter’s Things by Heiner Goebbels. These video-works are accompanied by voices which utter intimate, fragmentary, melancholic, and documentary-phantasmagoric confessions not directly related to the video-art. They express contemplations about the loss of loved ones, of guilt, or complex relations between children and parents, and on global disasters spanning from the Holocaust to the mysterious explosions and the disappearance of children: in a word, on death. This unique experience, atmospherically powerful, sensual and emotional, is organically linked to the hypnotic "choreography of light" and suitable electronic music. It creates an atmospheric landscape which, at the same time, represents a kaleidoscope of dispersed memories, and a limbo between the world of the living and the world of the dead, as well as a state of mind close to tripping. Strictly contemporary stage expression combined with a primal feeling of death – that would be the shortest description of this fascinating installation.

Using audio recordings, light design, and projected images on eight TV screens, PA’AM wishes to offer the audience a stroll between fragments of memory, longings and introspection. Recorded texts, projected texts, and images reveal the three main stories, told autobiographically by well known Israeli figures - musician Eran Zur, actress Ora Meirson and actor Doron Tavori. The stories, a mixture of facts, thoughts, nostalgic longing and guilt, are coiled together into a mosaic of broken memories producing an hybrid image of the past. The lighting and the screens, projecting texts, and many different images are the actual performers in this work, giving additional layers of information to the spoken word. Pa’am is a fascinating and compelling narrative of the complexity of the human condition, where light, video, images, sound and the human voice fill the stage and create a whole and unique experience.

NADAV BARNEA (born 1987) is a multidisciplinary artist, a musician and a lighting designer. Barnea has established himself as a leading light and sound designer working with many prominent dance and theatre creators. As a singer-songwriter, Barnea has published his debut album in 2014, which received praising reviews and was played extensively in various radio stations. In the last three years Barnea has started creating lighting and sound installations that were presented within group multidisciplinary exhibitions such as Censorship, The Art to Survive and Protest all in Aza13 in Jaffa. Pa’am is his first full length theatrical-installation. The work premiered within the 2016 Acco Festival for Alternative Theatre.

A unique fascinating journey to the personal and collective past… drawing the audience to a nostalgic conscious stream that requires concentration and attentiveness… if we return to the debate about  avantgarde theatre, this performance, being a refreshing psychedelic trip is indeed exactly that.

PA'AM is a multidisciplinary work that deals with the concept of memory and its components. Barnea draws you to a trip that is hard to get out off. Truly magical.

A compelling performance instilation where music, light and personal texts combine into a fascinating statement. 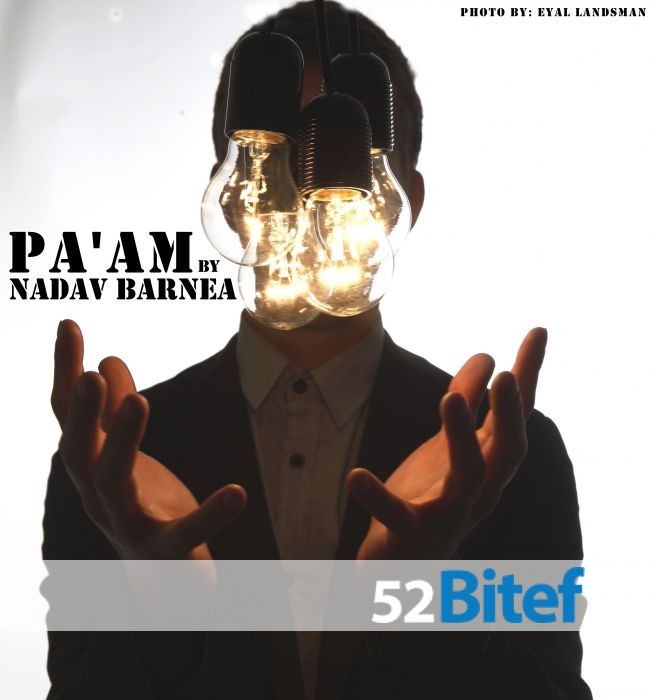 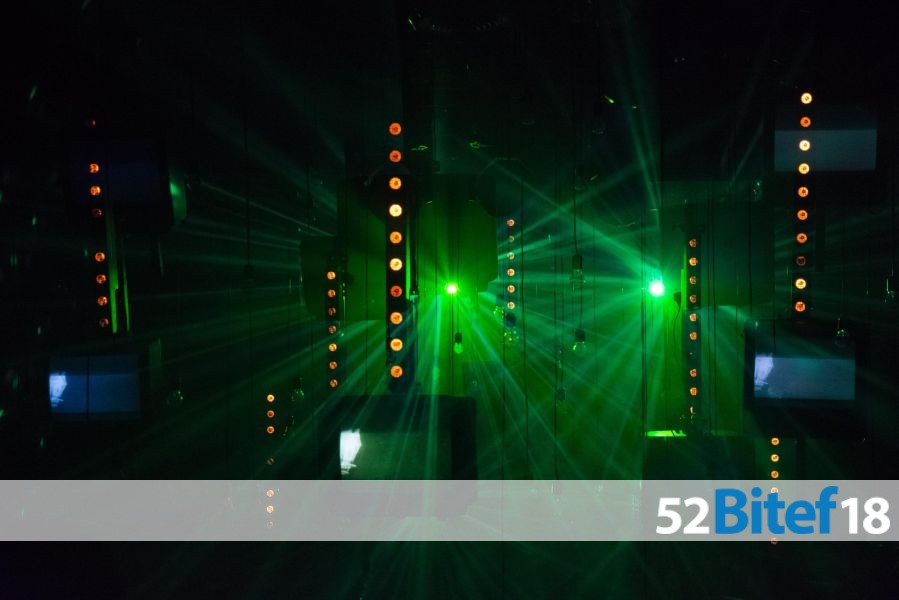 Video installations and performances without actors at the 52nd Bitef