HOW COME YOU ARE ALIVE?

Nineteenth Bitef POLYPHONY, as the festival side programme dedicated to the role that theatre artists and other creators have in the work with young people, will be held from 15th to 21st September. Urged by 52nd Bitef concept, expressed through its slogan “World Without Us” and its focus on the art phenomena in contemporary theatre and performing arts that point out at disturbing social phenomena of the contemporary society, the title of 19th Bitef POLYPHONY is “HOW COME YOU ARE ALIVE?”. Opening the discussion about the main topics in this year’s programme, Bitef POLYPHONY continues its search for polyphonic drama and theatre through multitude of voices, multitude of sounds, variations and counterpoints… with its authors, participants and the audience.

“HOW COME YOU ARE ALIVE?” is a line from the performance Death to Fascism: On the Ribars and Freedom, a new production by the independent youth company Reflektor Theatre which has become the pivot of an entire polyphony bloc with workshops on various parts of a theatre process that encourage the exploration of contemporary performing practice as artistic starting point for the exploration of various modes of activism, openness for personal stories and social issues, for problematizing memory and the past, for the life burdened with the present, but also for the vision of a better future.

The programme continues with a new initiative called “ON THE SPOT”, encouraged by the last year’s bus trip to the performance Alice, which was played on authentic venues - the corridors and halls of a theatre in Lazarevac. This year, Bitef POLYPHONY invites participants and audience to Kragujevac, where they will learn about a new project, its work process, complex set and the specific concept of community theatre performance Two Hundred by the Serbian Court Theatre.

In the European Year of Cultural Heritage, Bitef POLYPHONY promotes the development of an alternative reading of epic poetry and of the deliberation of ideological matrix of folk poems which strongly determine contemporary social relations. As a part of the project Epic Games by the Art troupe Hop.La! (last year we saw the performance Walling of Skadar), Bitef POLYPHONY this year presents The Wedding of Emperor Dušan.

This year, Bitef POLYPHONY casts a glance towards the future and its twentieth anniversary which takes place next year. In cooperation with Filmkultura - Association for education in audiovisual culture, the audience will be given an opportunity to participate in “Performing Presence: Workshop on Archives and Being”. It focuses on playing with the idea born in the digital media, i.e. the challenge by the digital media through their presence and expression in the world. 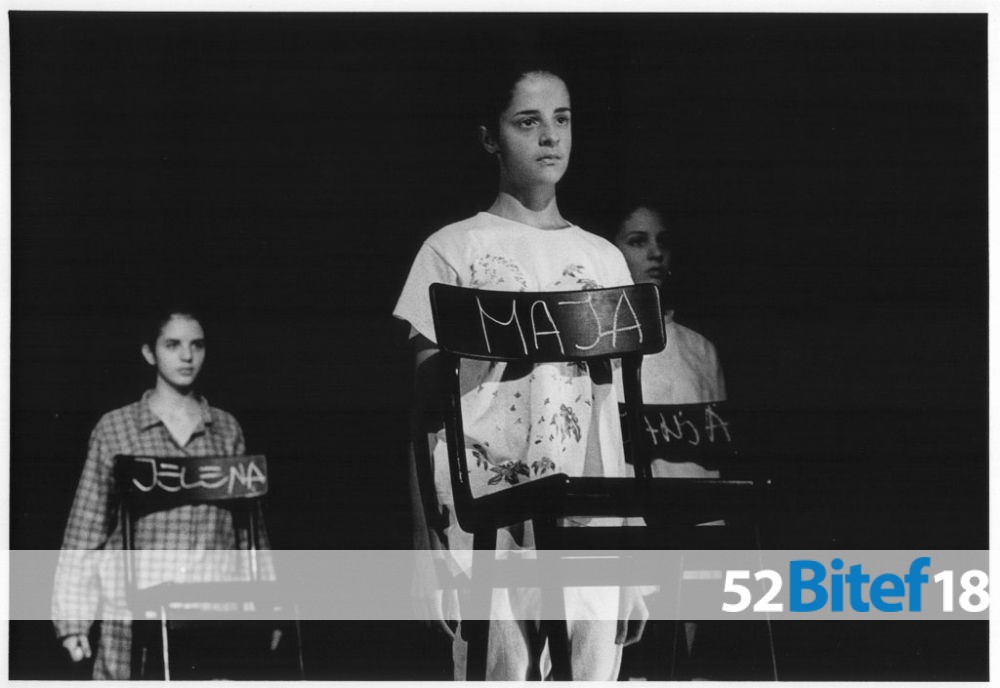 HOW COME YOU ARE ALIVE?

Developing its polyphonic concept based on the “strange loops” phenomenon, Bitef POLYPHONY yet again notices, discovers and encourages the voices of its authors, participants and audience. In search of polyphonic drama and theatre open for multitude of voices, multitude of sounds, variations and counterpoints… Bitef POLYPHONY programme develops and lives like a big creative fugue which consists of various voices, ideas, artistic expressions, life questions searching for answers, as well as the ensuing paradoxes.   The opening of 19 th Bitef POLYPHONY is dedicated to the question of how Polyphony lives (in us, around us, and away from us)?! ... 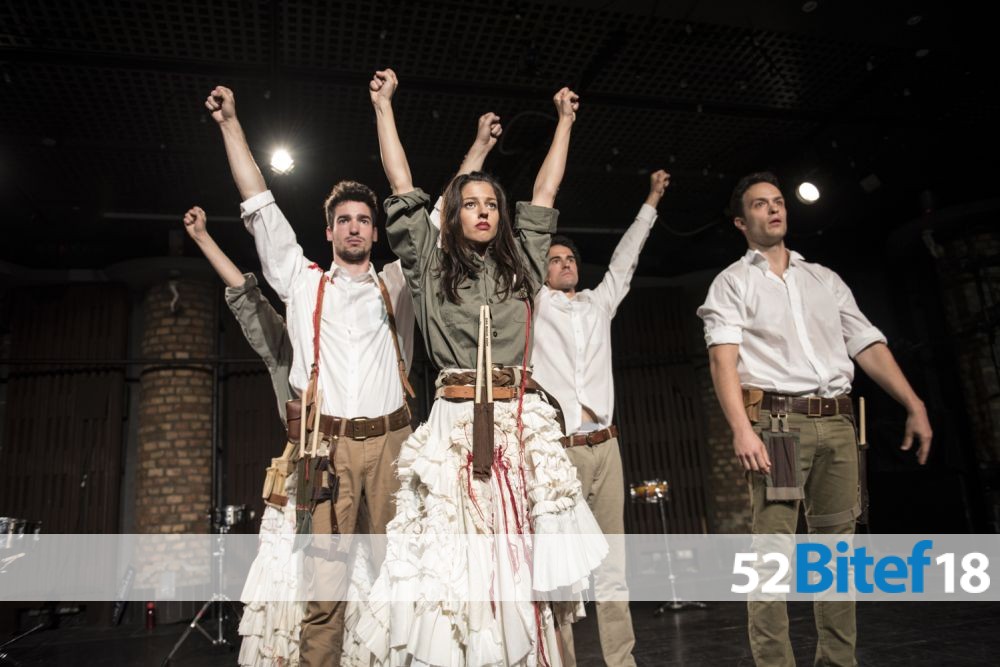 This is a documentary performance but not a biographical drama. Conducting a research about Ivo Lola Ribar, his family, his fiancée Sloboda Trajković, but also about an entire generation of young people who gave their lives in the struggle against fascism, the authors’ main intention was to say something about their own generation, about themselves, and about contemporary heroes and their ideals. About their perception of the struggle against fascism today and what the story about family Ribar means to them, in the present political moment marked by historical revisionism and by the rise of nationalism in the region and in Europe. ... 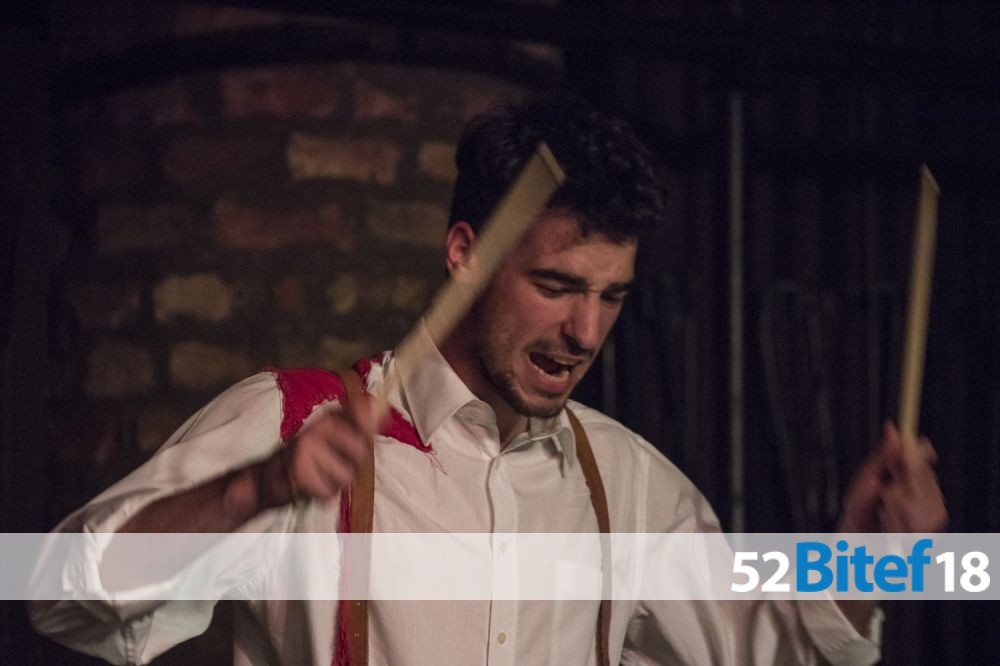 RHYTHM OF REBELLION: WHO ARE YOU AND TO WHOSE DRUM DO YOU MARCH?

The author of the original music for the performance Death to Fascism: On the Ribars and Freedom is Dragoljub Đuričić, a musician, composer, music pedagogue, but above anything else an activist - the frontman of the drummers’ collective that was followed by thousands of people along the streets of Belgrade during the protests against Slobodan Milošević’s regime. Having set the rhythm to the general rebellion against the dictatorship, Đuričić is remembered as the man who led the revolution with his drum sticks. Today, apart from his constant presence on the music stage in the region, Đuričić facilitates ... 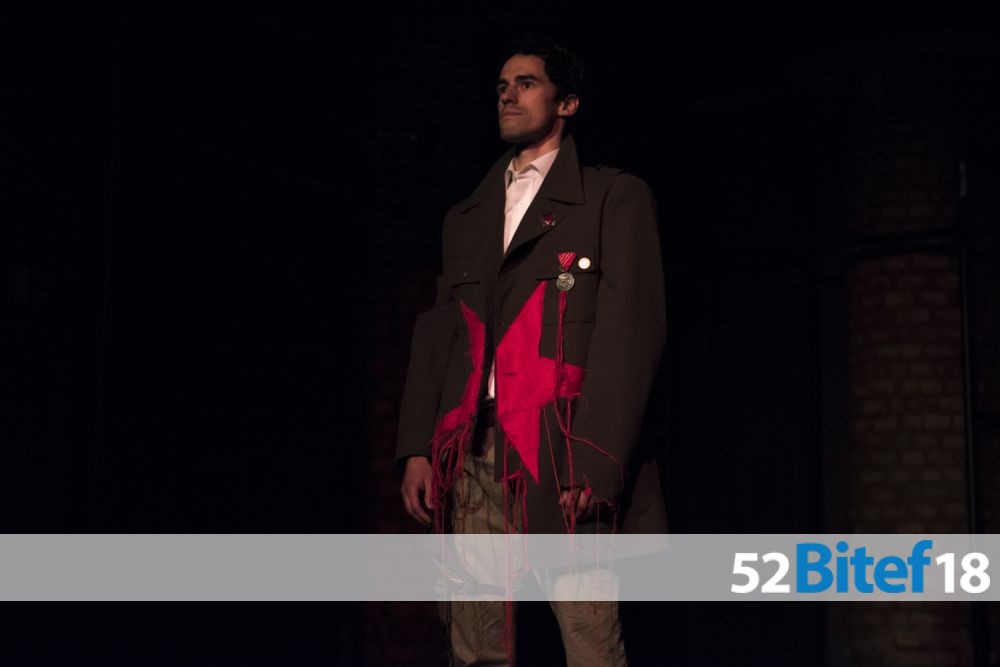 COSTUME FOR SUPERHEROES: WHO ARE YOU AND WHAT DO YOU WEAR?

The laureate of this year’s Sterija Award for costume, and the author of the costumes for the performance Death to Fascism: On the Ribars and Freedom holds a workshop of creating costumes that emphasize and accentuate super-heroic powers of their authors. Drawing upon the moto of Centre E8 and Reflektor Theatre, “the young are super heroes of their lives and our society”, Ivana Nestorović will help the participants discover their super powers and display them through clothes. This workshop is intended for those interested in costume, design and fine art. 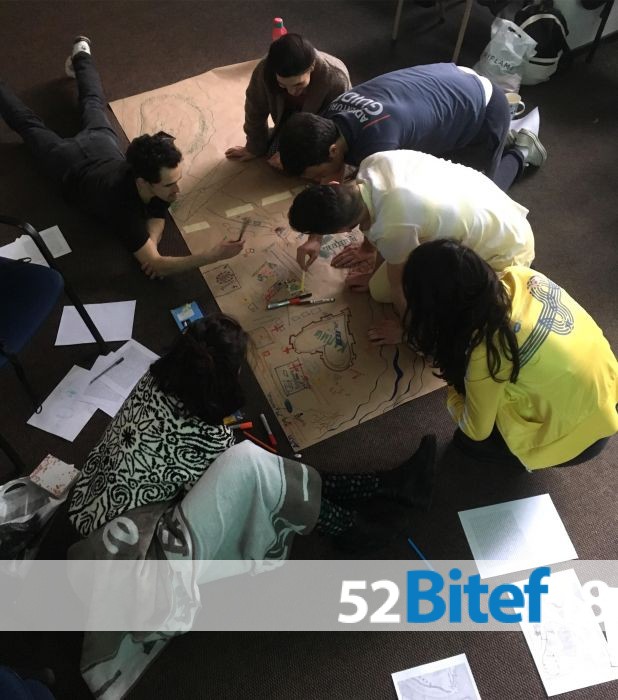 MAPPING OUT SPACE AND MEMORY – THE CITY AND THE RIBARS

This workshop was devised during the preparation of the performance Death to Fascism: On the Ribars and Freedom as a framework for exploration of urban environment in the context of the culture of remembrance. Based on the ideas of psychogeography as the study of the precise laws and specific effects of the geographical environment on the emotions and behavior of individuals (Guy Debord), its aim was to map out the space inked to the family Ribar, and our relationship to them. Together, we will explore the landscape of our memories, built on the existing narratives, while trying to write the new ones through the body intervention ... 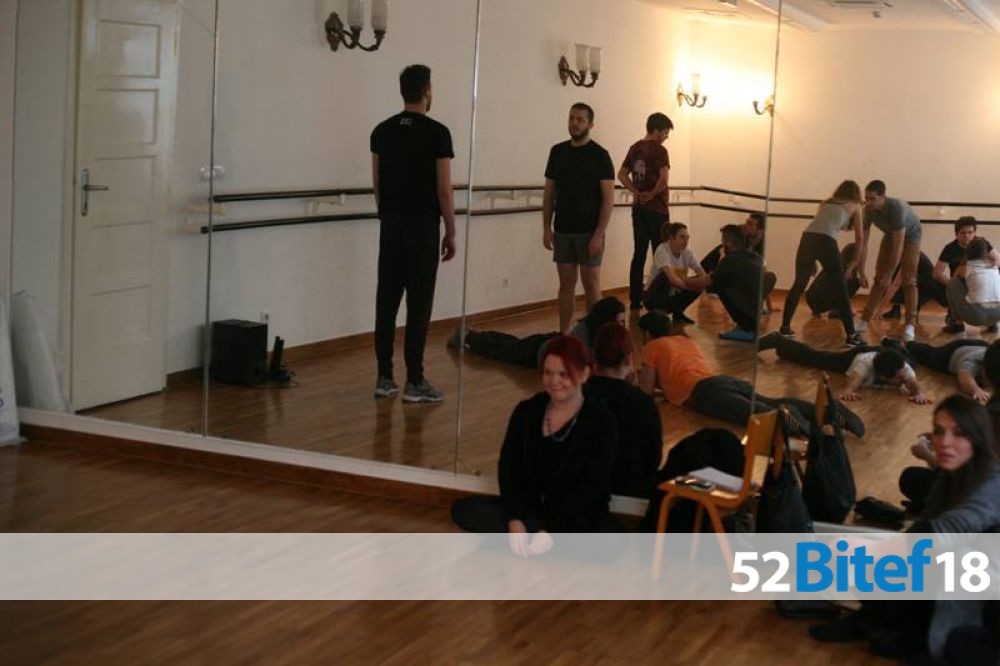 PERSONAL IS POLITICAL: WHY ARE YOU IN THEATRE?

The authors of this performance are also collaborators in theatre and activism, with Centre E8 and Reflektor Theatre. Together, they have conceived the method of collective authorship called “Theatre as Youth Work”, and this workshop is about activist aspect of their method. Through a moderated discussion and theatre games, the authors will reveal the techniques that the participants can use in order to “find” and “voice” their own Selves. Creating theatre with an attitude, theatre in which the performers are also coauthors, Milena and Vojkan will introduce the participants into a work process on an imaginary ... 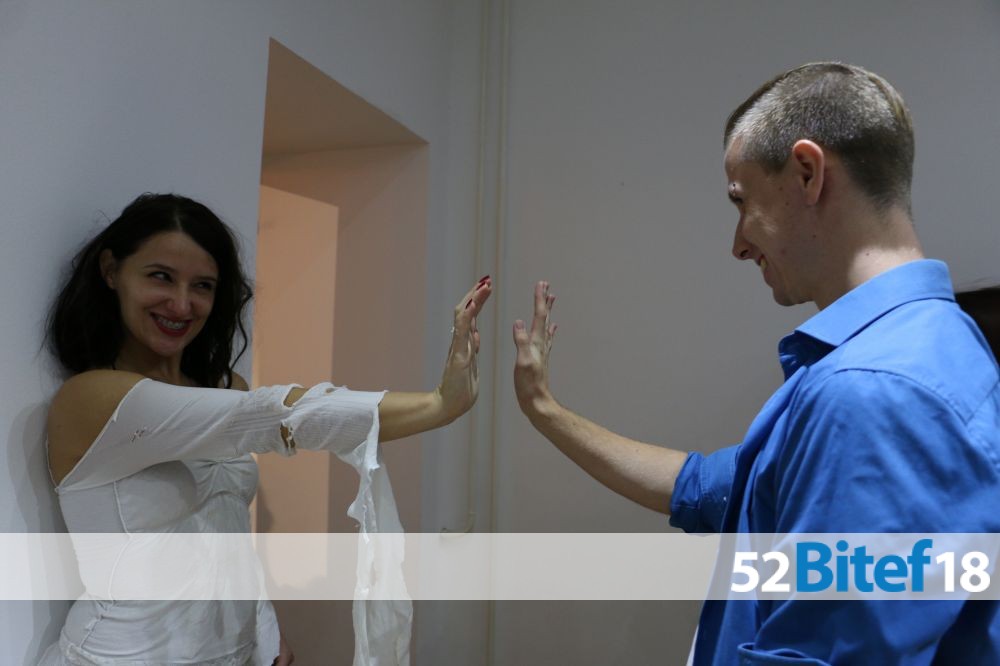 WHY IS IT IMPORTANT TO BE FIRST?

This workshop examines the phenomenon of “being first” in the cultural heritage through various phases of creative process, from the creation of a cultural content to the promotion of final product. We will try to examine and call forth the mechanism of the struggle for the first place in a cultural space, by observing that phenomenon in synchronic and diachronic manner, while focusing on the past couple of years. The participants will have an opportunity to share their experiences of the complex context of “being first”, but also to help tackle the following issues: Why is so important to us to be the first? How deeply do we ... 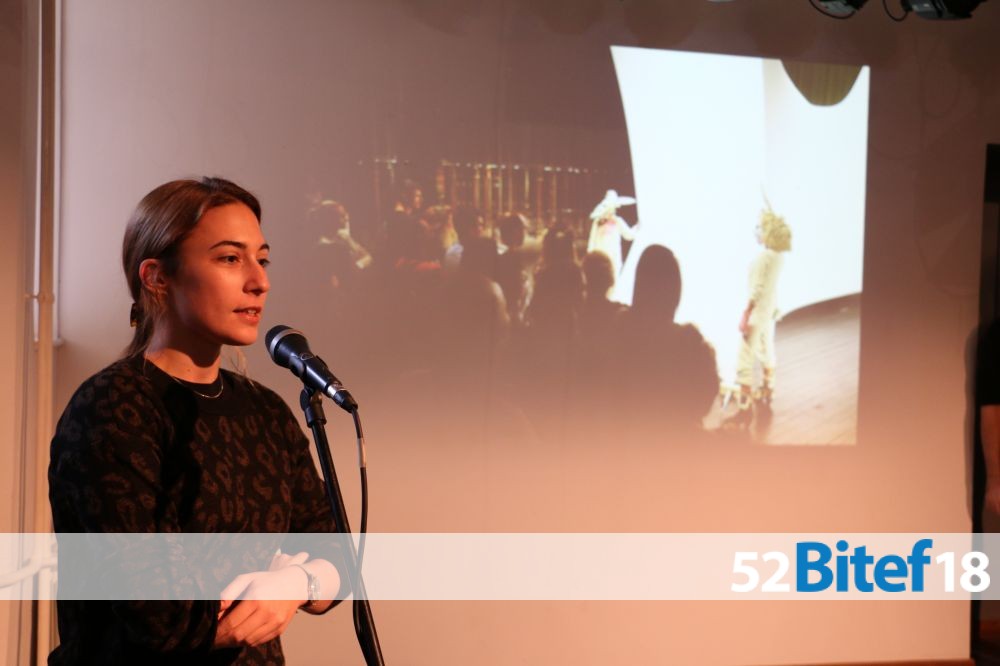 PERFORMING THE PRESENCE: WORKSHOP ON ARCHIVING AND BEING

When we talk about archiving, and about audiovisual media in correlation with performing arts, we think of recordings which are intended for future viewings. And yet, now when entire generations are prevented from reproduction by the lack of time and the enormous information flow, and the aforementioned recordings remain just a formal demand by an institution or an organization, one cannot help but wonder if there is a need for archiving, and therefore, for existence.   As authors, we are inevitably concerned with the relation between other art praxes and our creative tendencies, especially if the latter is linked to the ... 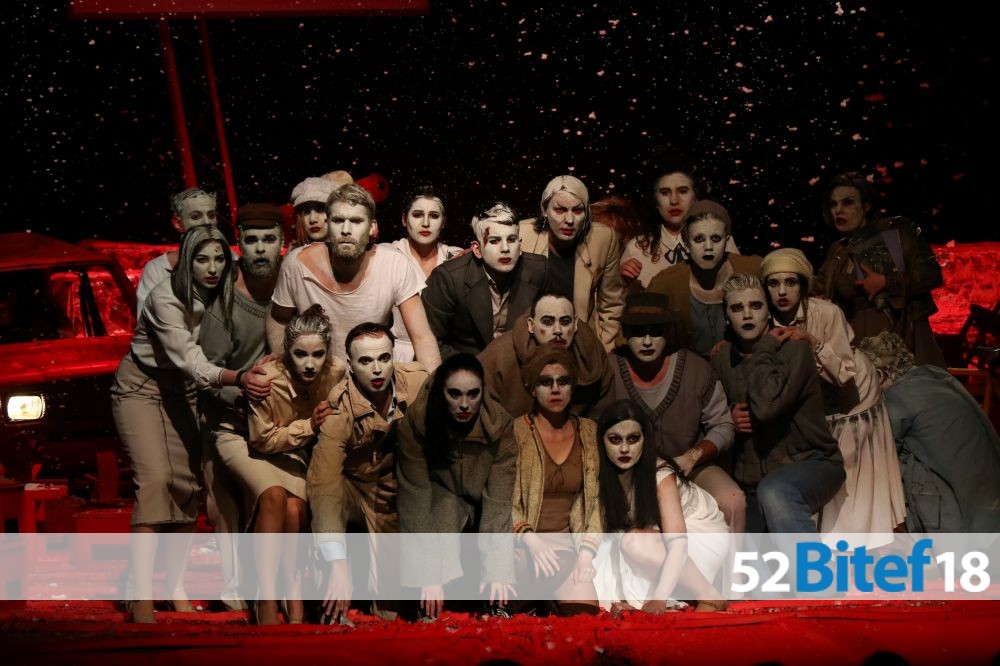 Petar Mihajlović “In terms of genre, the text of drama omnibus Two Hundred resembles life, it is “everything”: documentary and fiction, parody and tragedy, melodrama and horror, comedy and requiem, poetry and machines, hunger and gluttony, party and passport, money and air, death, but also, maybe, a hope of a sort!” Petar Mihajlović, the author of the text and the dramaturge “It is a story of the history of our future - a syntagm which confirms that everything repeats, and a hope at the end of the performance - a forgotten but present during the performance, hidden - hope of the future. The questions of blood and history are raised, as well as ... 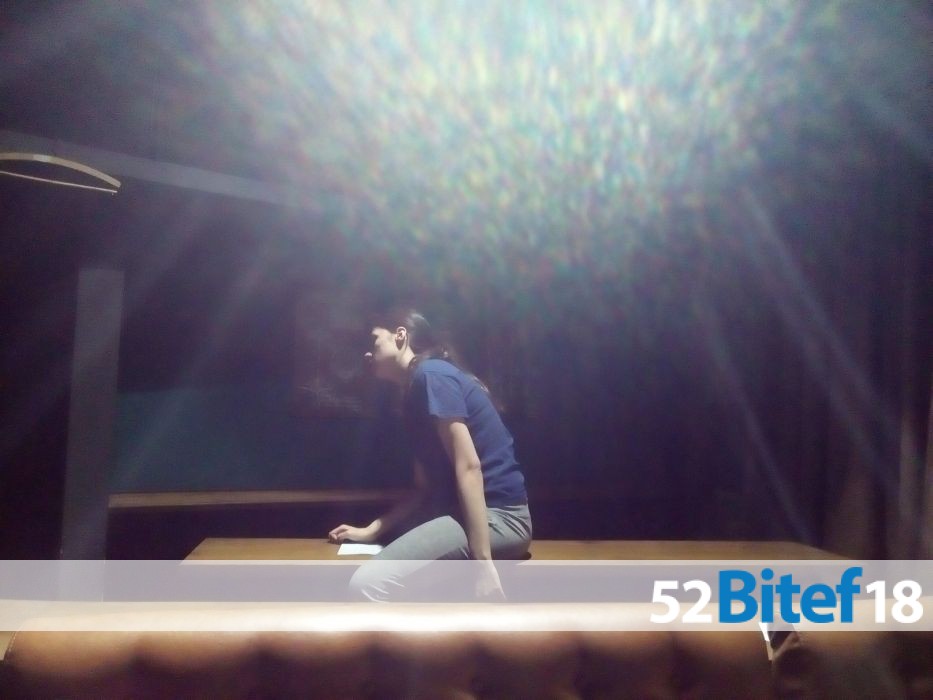 After the epic game Walling of Skadar , which bore tragic and polemic overtones, Art Group Hop.La! is happy to invite you to a wedding party! While waiting for the wedding ceremony between Serbian emperor Dušan, and the Latin princess Roksanda to be performed, guests from Prizren, Vučitrn, Leđane and Šar mountain are getting acquainted with the circumstances and criminal acts which precede this festivity. If anyone has anything against this marital or political union, speak now or forever hold your peace. The party is intended for the participants who are 11 or above. After the performance, the closing ceremony of 19 th Bitef POLYPHONY will ...