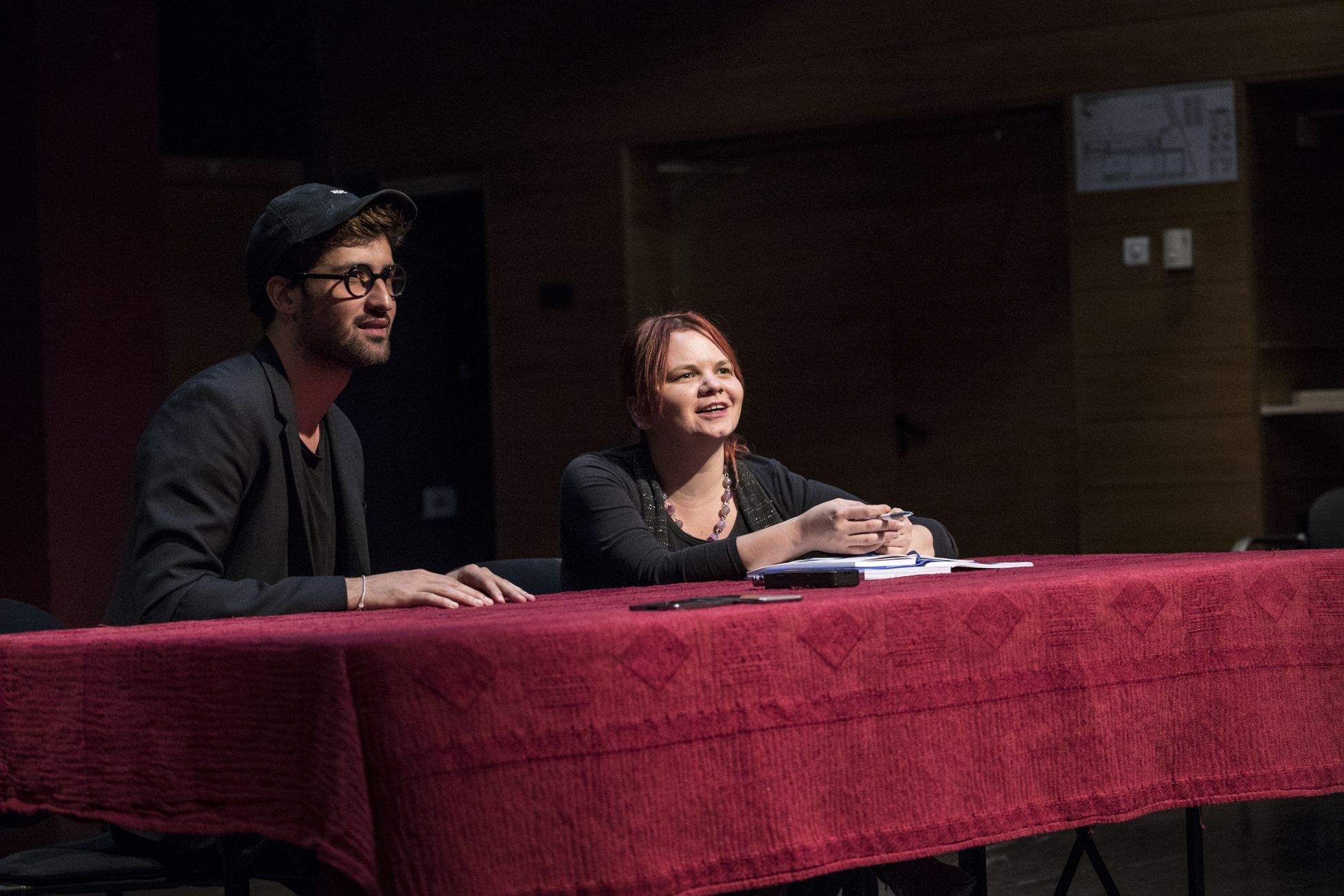 As part of the Meeting the Authors accompanying program, Bitef continues to foster the tradition of public debates between its authors and their audiences. Since the founding of the festival, this program has been envisioned as a space where the authors of the productions from the main program would meet with the Bitef audience, in order to discuss the productions, processes, artistic principles, issues raised by the plays, but also the broader social context within which they were created. All significant authors who have presented their work at Bitef in the last half of century, took part in this program, and all discussions were recorded, transcribed and preserved in the festival’s archives, as well as part of the Jovan Ćirilov’s legacy, which is housed by the City of Belgrade Archives.

The transcripts of these discussions are invaluable as documents for researchers, historians, artists, as well as members of the public interested in the history and significance of Bitef. Since the beginning of the Cold War, when this festival was the only point for the theatrical meeting of East and West, and Meeting the Authors was an opportunity for the most important theatre artist to exchange their opinions and experiences, the program has changed its name and form several times, keeping up with the spirit of the times and trends on the global performance art stage. Known under the names - Meeting the Creators, Meeting the Audience, Thematic Meetings with the Audience, and finally, Meetings with the Authors - this program did not change its essence; it was and remains a space for organizing impressions after watching the shows, but also a space where the audience can ask the authors questions or comment their work.

At the 52nd Bitef, the format of the Meeting the Authors is devised as a chatroom,  opening with short and clear questions. Limit for the discussion is 45 minutes, which includes questions from the audience. In addition to the authors of the productions, the participants will also include other members of their companies, who might be interested in hearing the opinions of the Belgrade audience.

The talks with foreign guest will be held in English, and with authors from Serbia and countries of the region - in the local language, with interpretation provided for foreign guests.

Moderator of Meeting the Authors